May was another busy month for us: we had six donation drop and sorting sessions at Your Storage Space in Frome. Many thanks to all the volunteers who helped. Mill on the Brue continued to provide us with a much appreciated Bruton drop-off point, from where we ferry donations to Frome for sorting. Along with loads of terrific donations, there were a number of items that weren’t suitable for sending on, which included those that were in poor condition or that had inappropriate slogans. 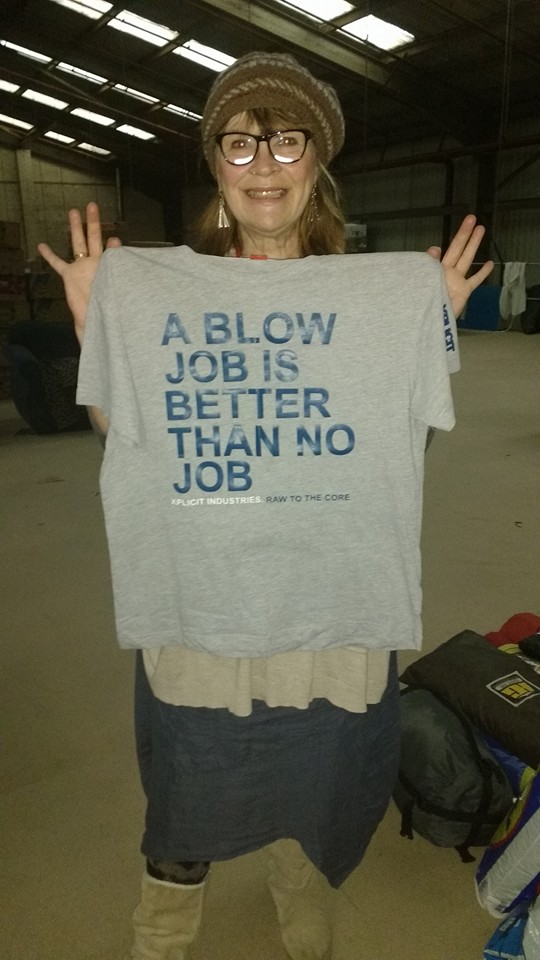 We are as creative as we can about putting all the donations we receive to good use, and were pleased to have a stall at Bruton’s Packhorse Fair on 30th May, where we sold donations that weren’t quite what is needed in the refugee camps, plus some items donated especially for sale. It was a great day, and as well as meeting lots of new people who we hope will donate aid to us, we raised over £200, which we will spend on food for refugees in Calais. Many thanks to all who helped, but in particular Linden, Rob and Ruth, who were not only the brains behind the stand, but who were also there for a very early set up and stayed right to the end. 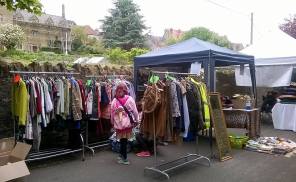 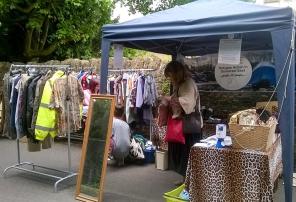 We got a couple of deliveries of aid made to the Help Refugees / L’Auberge warehouse in Calais this month. With one, we funded a large van, which was more than big enough to take our aid donations, so Kate drove on to CalAid in Slough to top up, eventually delivering a vast pile of beautifully sorted aid!

We also gave Kate £200 to spend on food for the refugees while she was there. She did a sterling job, buying masses of tins of tuna, tomatoes, and milk, and delivered them to the refugee kitchen. Many thanks to Kate! 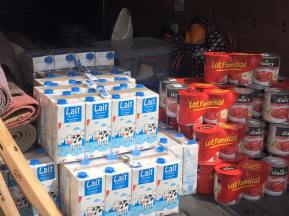 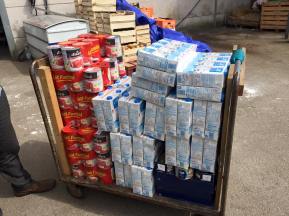 In the Jungle things haven’t been going so well. A Help Refugees census shows that there are now well over 5,000 refugees living in Calais, including 420 unaccompanied minors, and 30 – 100 new refugees arrive each day. The living conditions are very poor, and they are terribly short of basic items like food and clothing.

Last week fires broke out, destroying the homes of about 500 refugees (mostly in the Sudanese area) meaning they lost everything, again. 47 people ended up in hospital. Everyone pulled together to offer emergency shelter, food and clothing, but the result was that stocks in the warehouses  are now are now at desperately low levels.

We have two more deliveries scheduled for Calais in June, and urgently need your donations to fill these vehicles up. Items that are needed now are:

We will have donation drops throughout June but would particularly welcome receiving your donations as early as possible in the month so that we can sort and pack them in time for the planned trips. Many thanks, and please do email if you have any questions! christine@raise.today.

If you would like to donate money to support the work we do, you can do so on our fundraising site: https://mydonate.bt.com/events/raise/